Music Masters: The Stories of Foster and Sousa 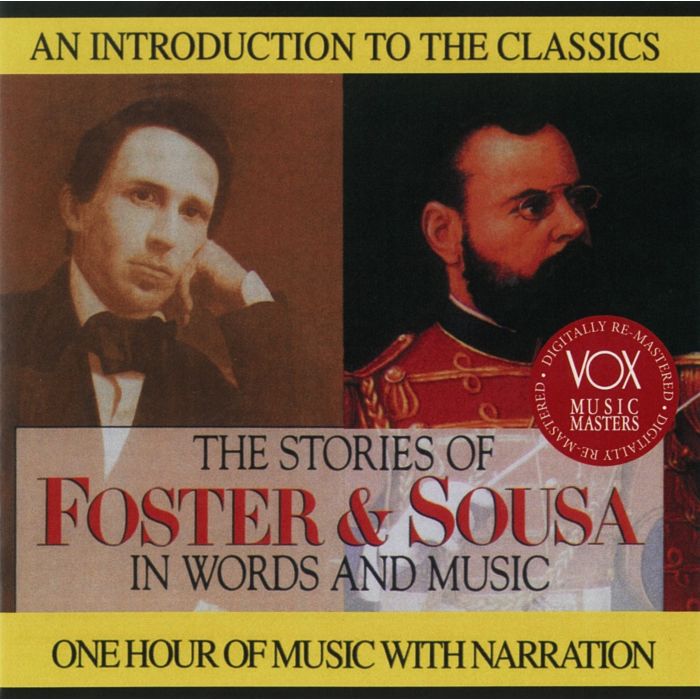 As American as apple pie.

Several of Foster's songs became so popular that they are thought to be folksongs and not by anyone in particular.

A poor businessman, Foster let his most famous song be published with someone else's name as composer.

John Philip Sousa had an instrument manufactured to his own specifcations. Do you know its name?

Though known as "The March King," Sousa wrote many operettas and other pieces of music besides those for which he is famous.

The Stars and Stripes Forever, America's best-known march, came toSousa in a dream while crossing the Atlantic.

Special bonus: Following the stories of the lives and music of Foster and Sousa, you will hear an additional bonus of 6 complete Marches by John Philip Sousa.