Music Masters: The Stories of Schumann and Grieg 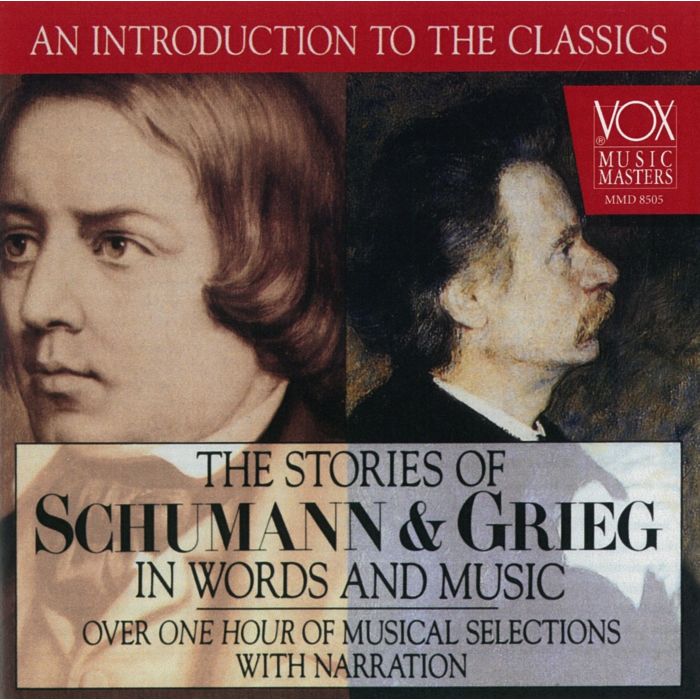 As a young man, Schumann permanently injured his hand and was forced to give up plans for a piano playing career. He became a composer instead--his loss was our gain.

Schumann was an important music critic and was among the first to recognize such giants as Chopin, Brahms, and Berlioz.

A victim of mental instability, he spent his last years in an asylum and wrote no more music.

Grieg is Norway's most famous composer. Because his style is lyrical and because he wrote mostly for the piano, he is sometimes called "The Chopin of the North."

Grieg enjoyed a happy home life and successful career, unlike most great composers.