$8.82
In stock
SKU
1646
Add to Wish List Add to Compare
This item is already present in your shopping cart. Are you sure you wish to add it again?
Skip to the end of the images gallery 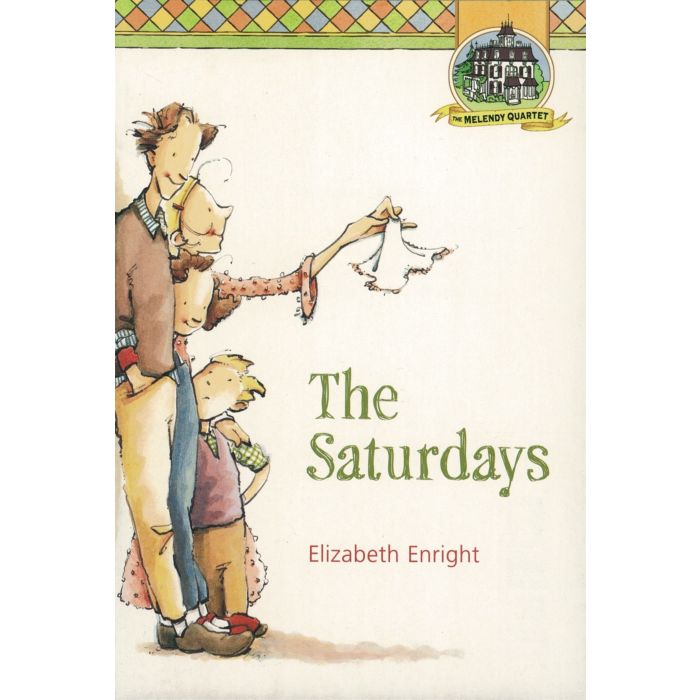 Meet the Melendys! The four Melendy children live with their father and Cuffy, their beloved housekeeper, in a worn but comfortable brownstone in New York City. There's thirteen-year-old Mona, who has decided to become an actress; twelve-year-old mischievous Rush; ten-and-a-half-year-old Randy, who loves to dance and paint; and thoughtful Oliver, who is just six.

Tired of wasting Saturdays doing nothing but wishing for larger allowances, the four Melendys jump at Randy's idea to start the Independent Saturday Afternoon Adventure Club (I.S.A.A.C.). If they pool their resources and take turns spending the whole amount, they can each have at least one memorable Saturday afternoon of their own. Before long, I.S.A.A.C. is in operation and every Saturday is definitely one to remember.

Written more than half a century ago, The Saturdays unfolds with all the ripe details of a specific place and period but remains, just the same, a winning, timeless tale. The Saturdays is the first installment of Enright's Melendy Quartet, an engaging and warm series about the close-knit Melendy family and their surprising adventures.